I can't believe it has been since July that I have posted anything.  It has been a very fast and furious summer.  At the end of July I started getting sick. Here is my outpatient IV of antibiotics and fluids just before I got worse.

It ended up to be a touch of Pneumonia.  I spent one whole week in bed.  I have some very devoted friends that brought me soup.  I actually didn't have much of an appetite and went 3 days without eating anything.  Terrible way to loose weight!


I did have some happy news just before my illness.  My Stars quilt won a blue ribbon at the county fair.

This is the quilt I made for my daughter, her birthday is 4th of July so I made this for her but was unable to give it to her until later in August.  She loved it and I was so glad to have made it.

My Disappearing 4 Patch, that Jenny Doan from Missouri Star Quilt Company signed (it was her pattern I used) won a red ribbon.

It was a fun surprise.

Since then I have not done a lot of sewing.  When I went to St. George to visit my daughter in late August I did get to go to the Deseret Industries thrift store.  I am always looking for scraps of flannel for the charity baby quilts I have been making. Instead of flannel though I found a bag of regular scraps.  When I got it to my daughters I opened it and started sorting.  Luckily in the middle were bags of notions for quilting. Plus there was a beautiful panel of exotic birds and all done in jewel tones.

The picture doesn't do it justice.  (Sorry)  I decided I wanted to make a quilt out of it and so we went shopping for fabrics.  We found and bought some jewel toned solids to go with it.  I decided to do a bargello border.  I have very little of it finished due to lack of sewing time.

Here it is September and I have so much sewing to do and so little time.  Just before I got sick I made some blocks that I have been wanting to try. They are called Framed Friendship.

I love the color combination.  I also made another Journal cover and gave it to a friend of mine that is going to college.

I tried to make it more on the masculine side for him.

Well that's about all I have been doing for the last little while.  Hope you are enjoying the fall weather we have been experiencing.
Posted by Susan Paxton at 10:39 AM No comments: Links to this post 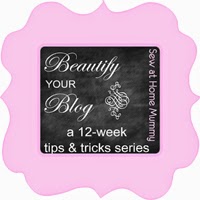